Priyank Sharma Biography – Welcome to Anicow.com ! Today we are going to reveal the wiki and biography of Priyank Sharma. You have seen him in famous TV Reality shows like Splitsvilla 10, Big boss 11, Roadies. You have also seen him featuring in the song ‘Tera buzz mujhe jeene naa de’ sung by Astha Gill. So, let’s check out his full biography and wiki!

By profession he is a dancer, choreographer, model and actor. He is 5’8″ tall and has 70 kg of weight. His body measurements are 42/30/16 (chest/waist/biceps). He was born on 2nd August 1993 at Delhi, India. His hometown was also in Delhi. He has dark brown eyes and black hair. His zodiac sign is Leo. By birth he is an Indian and by religion he is hindu.

Priyank made his first debut in TV industry with ‘Pyar tune kya kia season 9’ in the year 2016. From this childhood days he was passionate about dancing. Later he took his dancing classes from ‘Shiamak Davar dance school’. He also worked there with Shiamak’s dance group as choreographer for 3 years.

In the year 2018, he got featured in Astha Gill, Badshah song ‘Tera buzz mujhe jeene naa de’, which got blast hit. Till now the song has been watched by 255 Millions viewers. Check out the song-

Priyank is grown up in a middle class family. His sister’s name is Anushka sharma. His mother’s name is Babita sharma.

As per internet sources, he had an affairs with his Splitsvilla partner (co-contestant) Divya agarwal. Later he had a rumored affair with his Bigg boss co-contestant Benafsha Soonawalla.

# He is a passionate dog lover.

# He has completed his graduation from Skyline institute of engineering and technology.

# He is a very talented and professional dancer, choreographer. Check out his dance steps in Dancefit live.

# In the beginning of his career he worked as a choreographer with Shiamak davar (professional Indian Choreographer).

# He is a gym enthusiast and spent many hours in gym. Check out his gym session video- 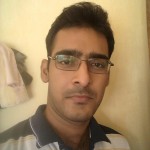